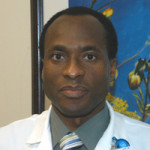 Dr. Cyril Anyadike graduated from California State University, Los Angeles in 1990 and received a B.S. in Medical Technology. In 1996, he received his M.D. from the Bowman Grey School of Medicine at Wake Forest University in Winston-Salem, N.C. He completed his internship in general surgery at the University of California, Davis-East Bay in 1998 followed his residency in 2002 at Saginaw Cooperative Hospitals Inc. (SCHI) Department of Internal Medicine in association with Michigan State University. He has held positions as a Resident and Clinical Instructor in the Department of Surgery and the Department of Internal Medicine at UC Davis and SCHI, respectively. He is currently an Assistant Professor in Gastroenterology at LAC-King Drew Medical Center. Dr. Anyadike became a Diplomat of the American Board of Internal Medicine in 2002 and a Diplomat of the American Board of Gastroenterology in 2005. Dr. Anyadike is a member of the American Medical Association, American Society of Internal Medicine, American College of Physicians, American College of Gastroenterology and American Society of Gastrointestinal Endoscopy.