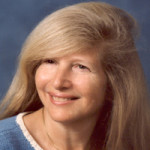 Dr. Marian Rosenthal is a graduate of Barnard College and New York University Medical School where she received her M.D. in 1967. She completed her internship at Bellvue Hospital in New York. In addition, she completed her residency at Bellvue Hospital and UCLA. Followed by a gastroenterology fellowship in 1971 at the UCLA/Wadsworth VA Hospital. From 1971-2002, Dr. Rosenthal was on staff at the Kaiser Foundation Hospitals in Inglewood and West Los Angeles. From 1979 to 1983, she was a member of the FDA Gastroenterology Drug Advisory Committee. She has held positions as Chairman of Regional Gastroenterology Committee for Southern California Permanente, Chief Physician of Gastroenterology Section for Kaiser West Los Angeles, and past President of the Southern California Society for Gastrointestinal Endoscopy (1986).